I AM SO SORRY THAT I'VE BEEN THE WORSTEST MOSTEST NEGLECTFULLEST BLOGGER EVER!!! But I have excuses! Beautiful, glorious excuses!

I realize that to the outside world, it kind of looks like I just sit around in my pajamas all day watching old episodes of Star Trek*. This is not entirely untrue. But I'm also writing and drawing and scanning and editing and trying to make deadlines. Looky! 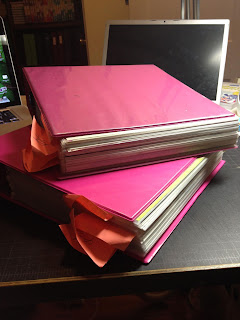 The completed first draft of The Popularity Papers 6: Somebuddy Name This Book Already!

Excuse #2: Everyone in my house was sick

For serious. We all had the plague. [SKIP THE REST OF THIS PARAGRAPH IF YOU DON'T WANT TO READ A GRAPHIC DEPICTION OF MUCUS.] There was a massive snot monster who lived in my sinuses, took a weeklong vaction in my chest, and then went back up to my sinuses. The snot monster had a baby snot monster who took up residence in my daughter's face, and because she's 16 months old and not so great at blowing her own nose, great big slugs of snot would either slide down from her nostril into her mouth (SO GROSS BABY, SO VERY GROSS) or, she would wipe it away with her hand and then wipe her hand in her hair (ALSO SUPER GROSS). Fortunately no one had the flu, but there were a bunch of days when she had to stay home from daycare and I couldn't work because I had to chase her around the house with a box of tissues. 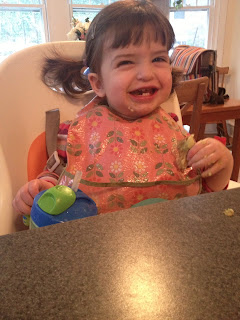 Everyone is always, "Oh cutes, you styled her hair!" and we don't tell them it's because if we didn't, we'd be picking dried snot out of it every ten minutes.

Excuse #3: The Internet is full of awesomely distracting fun stuff.

But all that is in the past (except for the snot slugs that continue to come out of my daughter's nostrils) and we're in that glorious period of time between when I've handed in my first draft and when my editor gets her notes to me, and that means:

I will clean my studio
I will cook dinner (Mark has REALLY been picking up the slack)
I will get a haircut (I kind of look like a cartoon witch right now)
and...

*Okay, so about the Star Trek thing, there's a whole long story behind why I've decided to try to watch every Star Trek episode ever for the first time, and hopefully I'll get to that in another post, because it's kind of sad and then it gets weird and maybe funny.
Posted by Amy Ignatow at 4:52 PM 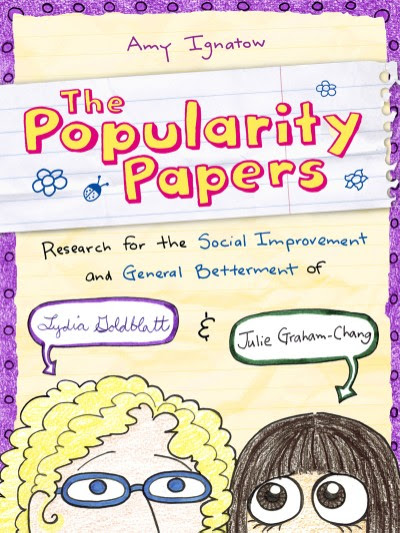